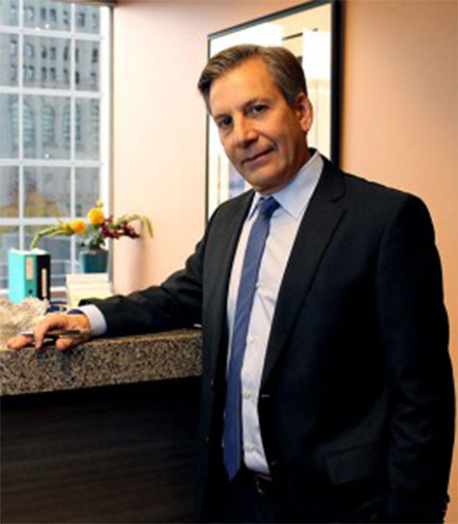 Mr. Roth has been a trial attorney since 1982. His practice emphasizes auto, motorcycle, bicycle, truck, pedestrian, and premises accidents, as well as injuries from professional negligence. He is listed under the Martindale Hubble 2010 Directory of Distinguished Attorneys. He has been rated as “Superb” by avvo.com.

Mr. Roth was selected the National Trial Lawyers as one of the Top 100 trial lawyers in Washington. The National Trial Lawyers is an invitation only professional organization composed of the premier trial lawyers in each state or region who meet superior qualifications of leadership, reputation, stature, and public profile. Membership is extended only to the select few of the most qualified lawyers from each state.

Mr. Roth has been a guest lecturer at continuing legal educational seminars for trial lawyers before the Washington Association of Justice and the Seattle-King County Bar Association.

Mr. Roth is licensed to practice in federal court, and to appear before the Washington State Supreme Court.

David and his wife Katharina have deep roots to the community, having lived in Seattle, WA since 1982 and raised all three of their boys here.